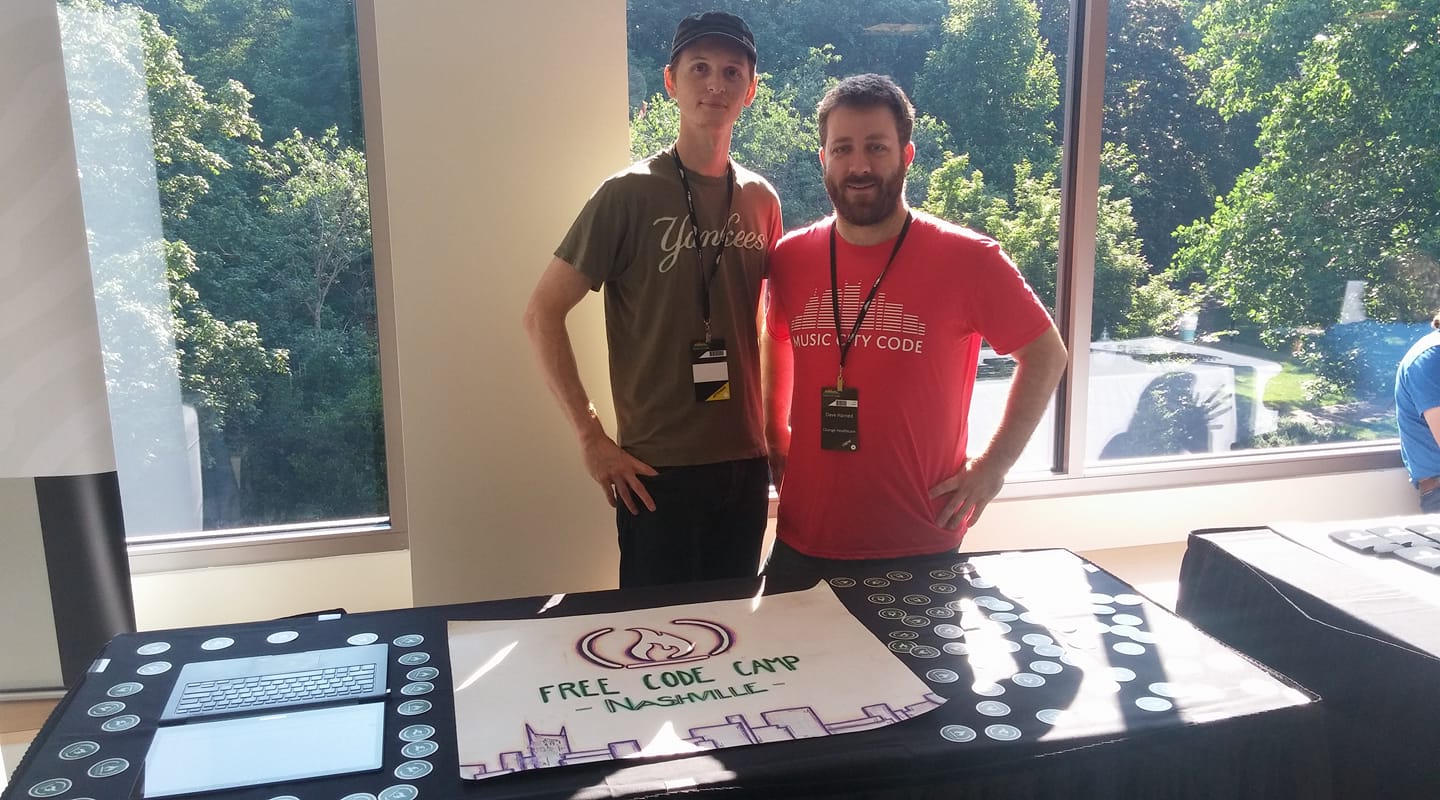 We had our June meetup today and it was good. A small group but we solved some problems together and we talked shop some. Specifically, Leland brought up the scope of the projects. How it’s easy to go off on tangents and hours later be so far away from what you initially started working on. We shared some tips on how to stay focused and keep within the scope of the project. Especially since a lot of the time, we’ll learn things after we complete a project that just makes it even easier to implement what we truly wanted to do. So sometimes it’s more frustrating to succeed in going the extra mile trudging through the dirt only to realize that you didn’t know about the free shuttle that could’ve gotten you there much quicker and easier.

We put our heads together and helped Andy with a checkbox problem he was having. We were calling checked (MDN, W3Schools) to return true or false and it was throwing an error complaining about not being able to be called on null.

We discussed the job landscape at length as Phillip is on the prowl hard but doesn’t have that 1-3 years professional experience it seems like all Jr. Developer roles are looking for these days. Which we all agreed is a Catch-22 that just doesn’t make sense. Networking is a big key to getting the first job in this industry it seems. Having a Sr. Developer who can vouch for your skills is typically needed for a company to take the leap and risk it. HackerRank came up in the discussion as well as the usefulness of some recruiters to open doors when the resume is lacking.

We found out about CHINGU from Matt. An interesting project that looks to throw people who are self-learning web development into cohorts of like-minded people to level themselves up in a quicker fashion. I was able to find the “Welcome” doc they send to new cohorts and it’s an interesting framework. I’d be interested to see how one actually is executed but don’t think I want to take part in one at this point in time. I have enough going on. It’s a solid option for others though to look at how they can speed up their progress.

I shared some of the resources that we came into contact with this weekend with Music City Code. Specifically, Technologist Federation of Nashville aka TechFed. They’ve got an awesome thing going on. I highly encourage everyone to sign up with them on their site. If you’re looking to get more involved with the Nashville tech scene then volunteer at tech events. The networking is invaluable. Also, the Complete Developer Podcast are a couple, cool dudes. They run a weekly podcast as well as a bi-monthly (that means twice a month right?) developer meetup. Subscribe and go check out their meetup.

We’re looking forward to bigger things for freeCodeCamp Nashville. We’ve got a bigger meeting space in the works. Also, possibly some sponsorships that’ll allow us to do more and maintain a small budget. We received a lot of positive feedback from Music City Code attendees who stopped by the table. We also found out that Nashville Software School shares freeCodeCamp as a resource for people wanting to learn more about coding.

Finally, a huge CONGRATS to our very own Organizer Dave who landed his first dev gig this weekend! Yet another one showing the people can make the transition to web development without a CS degree and without attending a boot camp. Persistence and hard work do pay off.